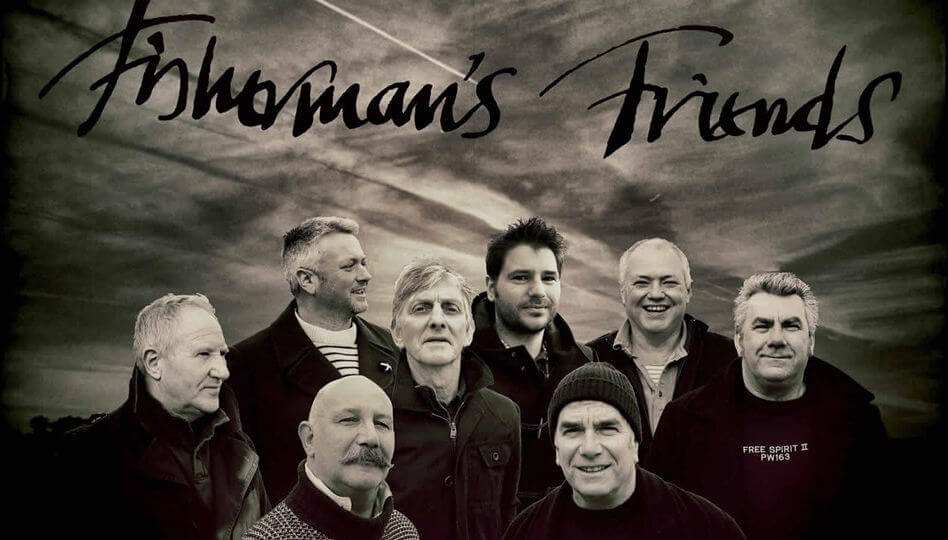 You may have seen the film but it’s nothing like their big live sound!

2019 sees the release of ‘Fisherman’s Friends’ a movie based on the group’s discovery and signing to a major record label.

The film also features music from the Fisherman’s Friends and can be found on the album release ‘Keep Hauling’.

The Fisherman’s Friends have been widely credited with starting the revival of interest in shanty-style choral singing but a cornerstone of their success has been their constantly evolving and expanding repertoire.

The strongest belief that the band have always held dear is that friendship will always come first, with music a very close second!!